Amazon’s interest has put a young Indian fintech firm in the spotlight.

On Aug. 18, the American e-commerce major made its first investment in India’s wealth management sector when it participated in a $40 million funding round of six-year-old startup Smallcase. Amazon’s backing comes out of the $250 million corpus it announced as part of its Smbhav Venture Fund (ASVF) for Indian small and medium enterprises last year.

Amazon is far from the only high-profile investor in Smallcase. The company—which offers intelligently weighted baskets of shares and exchange-traded funds (ETFs) to reflect a theme, strategy, or objective—has over the years attracted several impressive investors ranging from venture capital firms Sequoia Capital and Blume Ventures to chipset provider DSP Group and financial institution HDFC Bank, among others.

“By increasing product selection and convenience, this will provide an additional channel for consumers to participate in the equity markets,” a spokesperson for Amazon said.

Beyond the primary function of providing capital, “many of these shareholders have great networks and help us build partnerships in the ecosystem,” said founder and CEO Vasanth Kamath. “Brands like HDFC and Amazon will only increase credibility because, obviously, some diligence goes into investing. And it’s not just financial, they have a thesis.”https://datawrapper.dwcdn.net/CEdQB/1/

Today, Smallcase boasts of over 3.2 million users, up from 1.5 million last September. The volumes transacted in Smallcases have more than doubled to Rs12,500 crore ($1.7 billion) in the same period.

The seed for setting up the company was sowed at IIT Kharagpur, a premier engineering college in India.

Kamathstarted the company in 2015 with his college peers, Anugrah Shrivastava and Rohan Gupta in 2015, two years after they graduated.

Before becoming an entrepreneur, Kamath worked at technology and data startup Tracxn Technologies, while Shrivastava spent some years at financial services company Nomura, and Gupta worked with Goldman Sachs where he was responsible for building trading platforms for the US financial markets.

“The idea was, obviously what Anugrah was doing at Nomura, where he used to create portfolios, indices, and such products for HNIs and institutions, we always felt that this should be available to retail,” Kamath said.

The trio wanted to make trading and investing easy for young investors. “…In India, one can either do mutual funds or direct stock picking. Both were very extreme options. So we felt there has to be a middle ground, and that could be a portfolio form factor,” Kamath said. The average age of a Smallcase investor is currently 28, lower than 32 when the company had first launched.

The company’s success can be attributed to a key partnership it formed in its early years.

After the company’s incorporation in 2015, Smallcase launched its operation in July 2016 in partnership with India’s largest retail brokerage Zerodha. A tech-focused discount broker founded in 2010, Zerodha has been instrumental in changing the landscape of stock market investing in India with its disruptive brokerage model. It was able to offer low rates by cutting out all the frills like research, relationship managers, and advertising to save costs.

“A lot of credit to Zerodha for believing this could become an ecosystem in itself,” said Kamath. “They understood what user experience we want to build here.” Zerodha’s founder and CEO Nithin Kamath (not related to Smallcase’s Kamath) was the first to show faith in the idea, and open up Zerodha’s application programme interface (API) to Smallcase. Today, Smallcase still claims to be the largest use case for Zerodha’s API.

Besides Zerodha’s Kamath, other entrepreneurs like fintech firm Cred’s founder Kunal Shah, and asset management firm Rare Enterprise’s CEO Utpal Sheth also backed Smallcase in its early year. Despite the support, it was an uphill battle for Smallcase to get a foothold in the age-old financial services industry.

Things have fired up in the last 15 months with Kamath inking deals with 12 leading brokerage firms including Axis Direct, HDFC Securities, Kotak Securities, Edelweiss, and Upstox, among others. With these partnerships, Smallcase covers nearly 90% of all demat accounts in India today, Kamath claims.

Also, the team of 200-plus employees at the company—over a third of whom work in product and engineering roles—has been expanding the company’s functions.

In March 2019, Smallcase launched a publisher platform to deliver stock and exchange trade fund-based portfolio research by other brokers as well as their in-house research team. Today, there are 130 different managers offering over 250 different small cases. Seven months later, it debuted another flagship product: the Smallcase gateway. The feature has allowed non-broker entities like MoneyControl, SBI mutual funds, and others to offer Smallcases for their research and exchange-traded products.

Next, the company wants to work with more channels and focus on versatility to grow its reach. “Now can we add more instruments and asset classes like mutual funds, bonds, and global equities? Then Smallcase can have a lot more use cases, be it financial planning, advisory, fund of funds, and many others,” Kamath signed off. 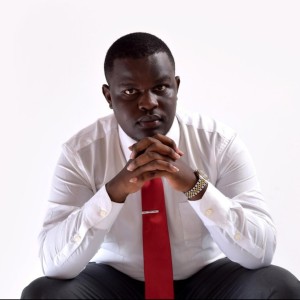 A financial analyst, trader and investment maverick. Erick is the CIO of Horde Investments and an analyst for Finvelt Financials LLC. He is also a proud YALI fellow and an avid rugby player.